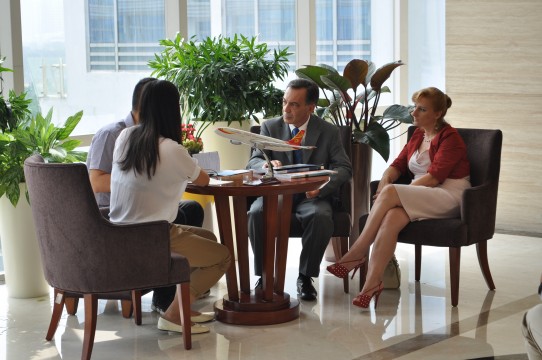 Important Chinese delegation were hosted by Nav System, that acted as the body facilitating a cultural exchange between the local Municipality and the political institutions, in the year 2010.

The Major of Latisana, Ms. Micaela Sette, made a profile of the local economic situation, highlighting the importance of the nautical sector within the whole district and providing a global view of the entire boat industry, in light of the favourable geographical position that sets the area of Latisana-Lignano Sabbiadoro in the centre of Europe and examining in the development potential of the local productive areas. On top of that also the utmost attention and care dedicated to the environment during the engineering and the working phases was particularly underlined.

Following to the constant demand for know-how, Nav System has also played an important role in the selection of some major Italian names, who may be able to set up a University faculty of Nautical Architecture and Design address, in the city of Xiamen.

Nav System took care of and set out the partnership negotiations with the renowned name of Carlo Nuvolari of the Company Nuvolari-Lenard, who signed a letter of intent on October 29th, during the edition of the Boat Show 2010.